LOS ANGELES, July 9, 2018 (Newswire.com) - Yana Henriks, Partner, McMurray Henriks, LLP, has joined Noticed©, an invitation-only service for distinguished professionals. Henriks has been chosen as a Distinguished Lawyer™ based on peer reviews and ratings, dozens of recognitions, and accomplishments achieved throughout her career.

Henriks outshines others in her field due to her extensive educational background, numerous awards and recognitions, and career longevity. In addition to her legal education, she attended postgraduate studies at the Graduate Institute of International Studies in Geneva, Switzerland, on an International Humanitarian Law Scholarship. She practiced abroad for many years in the fields of commercial litigation and arbitration. Henriks came to the U.S. in 1994 where she gained substantial insider experience.

I am proud to say that the result of this case led to some changes in police practices, how they are trained, and how they are disciplined, as well as changes in the review of excessive force cases. That's what my objective is; it's not just about the settlements I can win for my clients, but also what change will result from these cases.

Recognized as a top attorney by both Super Lawyers® and Lawyers of Distinction, Henriks brings a wealth of knowledge to her industry, and, in particular to her areas of specialization, civil rights, excessive police force, business and commercial litigation, first amendment defense, personal injury, and medical malpractice. When asked why she decided to pursue a career in law, Henriks said:

"My mother is a world-renowned professor of environmental law and my father was one of the drafters of the current Constitution of the Republic of Armenia and later the Attorney General of the Republic of Armenia. When my father became a District Attorney, I would look for excuses to go to his office, and I would sneak into the file room to read criminal cases. I was a teenager at the time, and I was so fascinated with the law that becoming a lawyer was a no-brainer."

Henriks’ background in both business and law in numerous foreign countries allows her to bring a unique perspective to her business, commercial, civil rights, and first amendment cases. She is able to think outside of the realm of U.S. law to solve difficult business and legal problems quickly and intelligently. Additionally, Henriks has an extensive understanding of business organizations, real estate transactions, and licensing, as well as international commercial law and treaty arbitration.

Over the course of her career, Henriks has developed a passion for analyzing and advocating to change the details of the law. One of her early appellate victories, Blue Water Sunset, LLC v. Markowitz (2011), resulted in a rewriting of the rules of mandatory attorney disqualification in the context of shareholder derivative suits by the California Court of Appeals. Regarding civil rights, one of Henriks’ proudest accomplishments is helping to reshape the California excessive force review process as a result of her representation of an unarmed mentally ill client who was shot by a police officer.

As Henriks notes, it is this ability to inspire changes in the system that motivates her as a successful professional:

“I am proud to say that the result of this case led to some changes in police practices, how they are trained, and how they are disciplined, as well as changes in the review of excessive force cases. That's what my objective is; it's not just about the settlements I can win for my clients, but also what change will result from these cases.”

Noticed© has written this news release with approval and/or contributions from Yana Henriks. Noticed is an invitation-only reputation management service that is dedicated to helping professionals stand out, network, and gain a competitive edge. Noticed selects a limited number of professionals based on their individual recognitions and history of personal excellence. 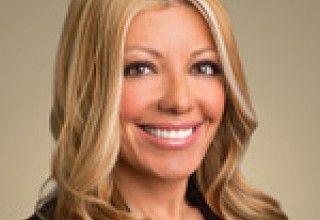