CHICAGO, Ill., October 17, 2017 (Newswire.com) - Y. Judd Azulay, Founding Partner, Immigration Attorneys, LLP, has joined The Expert Network©, an invitation-only service for distinguished professionals. Mr. Azulay has been chosen as a Distinguished Lawyer™ based on peer reviews and ratings, dozens of recognitions, and accomplishments achieved throughout his career.

Mr. Azulay outshines others in his field due to his extensive educational background, career longevity, and numerous awards and recognitions. A Martindale-Hubbell® AV® Preeminent™ rated attorney, Mr. Azulay earned his Bachelor of Science in Chemistry and Biology in 1967 and went on to study patent law at Cumberland Law School, obtaining his Juris Doctor in 1973. He has been included on the Illinois Super Lawyers® List seven times, and has also been included among the Lawyers of Distinction.

It's becoming extremely difficult to interpret because we have contrary announcements coming from Homeland Security and the White House. But what we do know is that any kind of immigration approval will now be substantially delayed. In the business area, for example, every application for permanent residence based upon work is going to be interviewed twice over.

With more than 40 years dedicated to law, Mr. Azulay brings a wealth of knowledge to his industry, and in particular to his areas of specialization, immigration and nationality law. Mr. Azulay immigrated from Israel to Canada as a baby right before the 1948 War of Independence. Growing up in Toronto, he was constantly listening to his father’s stories about being deported to Egypt decades earlier when the British were fighting the Turks. When asked why he decided to pursue a career in the law, Mr. Azulay said:

"I come from a family of immigrants. My family has told me what they went through to try to come to the United States so I understand how difficult can be. I became an attorney so I could help other people navigate the complexities of the U.S. immigration system."

Since founding Immigration Attorneys, LLP, Mr. Azulay has dedicated his practice to providing excellent legal representation and aggressively helping his clients pursue citizenship, asylum, employment-based visas, and more. Today, he routinely handles cases throughout the U.S. in front of local USCIS District Offices, Immigration and Federal District Courts, and various courts of appeal. No matter the size or complexity of a case, he always goes above and beyond the call of duty, often traveling to multiple countries in a year to obtain immigrant and nonimmigrant visas on behalf of his clients.

As a thought-leader in his field, Mr. Azulay keeps a close watch on the latest government actions and policy trends when developing strategies for his clients. In particular, he is currently paying attention to the current presidential administration’s executive order on immigration and how its advancement may influence his practice. He noted:

"It’s becoming extremely difficult to interpret because we have contrary announcements coming from Homeland Security and the White House. But what we do know is that any kind of immigration approval will now be substantially delayed. In the business area, for example, every application for permanent residence based upon work is going to be interviewed twice over."

Mr. Azulay is an active constituent of his legal community and is most heavily involved with the National Association of Jewish Lawyers as the national secretary. Additionally, he is regularly invited to speak to various groups, most recently at a lunch for a law firm where he spoke about how immigration can affect domestic relations, divorce, and adoptions. 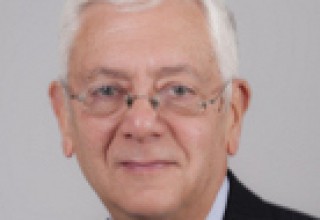