SPRINGFIELD, Mo., September 25, 2018 (Newswire.com) - Stacie Bilyeu, Criminal Defense Attorney, has joined Noticed©, an invitation-only service for distinguished professionals. Bilyeu has been chosen as a Distinguished Lawyer™ based on peer reviews and ratings, dozens of recognitions, and accomplishments achieved throughout her career.

Bilyeu outshines others in her field due to her extensive educational background, numerous awards and recognitions, and career longevity. A graduate of University of Missouri School of Law, she now maintains a near-perfect rating on Avvo and has been recognized with the Missouri Lawyers Weekly's Women's Justice Trial Practitioner Award.

Right now, there is significant prejudice against those that have been accused of a crime. It's not at all like what they teach you in school; the presumption of innocence is kind of a myth.

With nearly 35 years dedicated to law, Bilyeu brings a wealth of knowledge to her industry, and, in particular to her area of specialization, criminal law. When asked why she decided to pursue a career in law, Bilyeu said:

"I have always had a strong sense of justice, and I've always wanted to stand up against bullies, fight for the little guy, make a difference in the world. But being a prosecutor is akin to shooting fish in a barrel. You've got all the power, and I saw how unfair it was for the accused. It became very clear to me that if I really wanted to make a difference and use my skills where they were needed, I had to switch sides. Now I’m like David to the Goliath—I’ve got my little slingshot, but it works, and I’m not afraid to use it."

Based in Springfield, Bilyeu has dedicated her career to defending the rights of the criminally accused in matters ranging from white collar crimes to felonies such as murder, drug charges, and sexual assault, as well as misdemeanors such as DWI and other lower level criminal charges.

As a thought leader in her field, Bilyeu maintains a unique vantage point on prevailing trends in criminal defense. In particular, she notes that in recent years things have gotten much harder for the criminally accused:

"Right now, there is significant prejudice against those that have been accused of a crime. It's not at all like what they teach you in school; the presumption of innocence is kind of a myth. The current state of our law seems to be bent against individual freedom. What I'm seeing isn't good, which is all the more reason to stay in the fight."

Noticed© has written this news release with approval and/or contributions from Stacie Bilyeu. Noticed is an invitation-only reputation management service that is dedicated to helping professionals stand out, network, and gain a competitive edge. Noticed selects a limited number of professionals based on their individual recognitions and history of personal excellence. 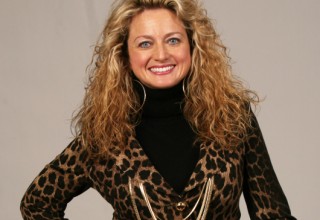