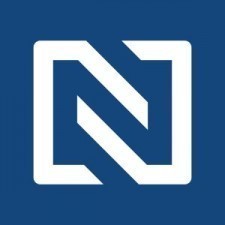 San Francisco, CA, October 5, 2016 (Newswire.com) - ​Spojmie Nasiri, Attorney at Law, has joined The Expert Network, an invitation-only service for distinguished professionals. Mrs. Nasiri has been chosen as a Distinguished Lawyer™ based on peer reviews and ratings, dozens of recognitions, and accomplishments achieved throughout her career.

Mrs. Nasiri outshines others in her field due to her extensive educational background, numerous awards and recognitions, and career longevity. After receiving her Bachelor of Arts degree in Political Science from the University of California, Davis, Mrs. Nasiri went on to earn her Juris Doctorate from Golden Gate University School of Law and has since has established one of the top immigration law practices in the Bay Area.

Today, Mrs. Nasiri is a solo practitioner exclusively focusing immigration law and is an active member of the American Immigration Lawyers Association. She is a Lead Counsel Rated Attorney, was named a Top Lawyer in 2016 by The Global Directory of Who’s Who, named a Top 100 Lawyers in 2015 by National Advocates, has been included in the Top 40 Lawyers Under 40 in 2015 by the Society of Legal Advocates, and has been named a Rising Star in 2015 by Super Lawyers.

With 10 years dedicated to law, Mrs. Nasiri brings a wealth of knowledge to her industry, and in particular to her area of specialization, immigration law. As an immigrant to the United States, her path to a career in immigration law was a natural one.

When asked why she decided to pursue a career in law, Mrs. Nasiri said, "One of the difficult aspects of my childhood was that while I was able to migrate to the United States with my siblings, my mother, unfortunately, could not migrate with us because her immigration papers were not processed properly. As a result of these mistakes, I lived without my mother for almost ten years, and this had a tremendous impact on my life growing up and my desire to become an immigration attorney."

As a thought-leader in her industry, Mrs. Nasiri keeps her finger on the pulse of prevailing trends in immigration law. In particular, she leverages her active involvement in the American Immigration Lawyer’s Association (AILA) to advise her clients with the most current information available.

In addition to her practice, Mrs. Nasiri served as a pro bono attorney with the Immigration Law Clinic at the University of California, Davis where she provided individual representation, pro bono referrals, and pro se materials to detained immigrants. Mrs. Nasiri also volunteered at the Immigrants’ Rights Clinic at Stanford University. Fluent in the Afghan languages of Pashto and Dari, she is able to provide legal services to the Afghan community throughout the United States and worldwide. Mrs. Nasiri also currently serves as president of the Executive Committee Board for Council on American Islamic Relations (CAIR) for the San Francisco Bay Area Chapter.