PHILADELPHIA, August 7, 2018 (Newswire.com) - Matthew T. Galati, Senior Associate, Green and Spiegel, has joined Noticed©, an invitation-only service for distinguished professionals. Galati has been chosen as a Distinguished Lawyer™ based on peer reviews and ratings, dozens of recognitions, and accomplishments achieved throughout his career.

Galati outshines others in his field due to his extensive educational background, numerous awards and recognitions, and career longevity. Named a “Rising Star” in the field of business immigration by Pennsylvania Super Lawyers Magazine each year since 2016, Galati brings a wealth of knowledge to his industry, and, in particular, to his area of specialization, immigration. When asked why he decided to pursue a career in law, Galati said:

"Initially, I wanted to go into litigation or real estate. But when I graduated from law school, the economy was awful, and very few people were able to get jobs. I had just gotten married around that time, and I helped my wife get her Green Card. That’s when I realized that immigration law could be an incredibly rewarding field. I'm a firm believer that immigration makes this country better. As an immigration attorney, I work towards bolstering the fabric of our nation, and I get to do that every single day with every client that walks in the door."

Throughout his career, Galati has handled a broad range of immigration matters. Though his practice today runs the full gamut of business immigration, Galati maintains a particular emphasis on EB-5 investor visas and immigration compliance (e.g. Form I-9 audits and investigations). He also has a strong focus on helping high-achieving individuals seeking to immigrate to the United States.

As a thought-leader in this niche of immigration law, Galati is keenly aware of current trends affecting his clients’ ability to successfully obtain visas. With recent changes to the federal government’s immigration policy, Galati notes that the process has become increasingly difficult:

"This current administration is much more restrictive on immigration, to put it mildly, than previous administrations have been. Consequently, we have seen the adjudication of issuing visas become more stringent. Cases that would have sailed through years ago are now being thoroughly questioned after submission."

Outside of his practice with Green and Spiegel, Galati is highly active in the immigration law community. He is a member of the American Immigration Lawyers Association (AILA) where he serves on the Philadelphia chapter’s Executive Committee as its Treasurer as well as on the national EB-5 Committee.

Noticed© has written this news release with approval and/or contributions from Matthew T. Galati. Noticed is an invitation-only reputation management service that is dedicated to helping professionals stand out, network, and gain a competitive edge. Noticed selects a limited number of professionals based on their individual recognitions and history of personal excellence. 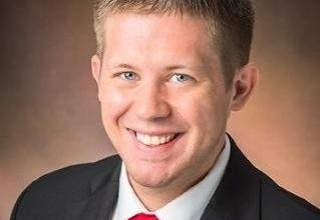