SAN FRANCISCO, July 9, 2018 (Newswire.com) - Luke Zimmerman, Founder, The Law Office of Luke S. Zimmerman APC, has joined Noticed©, an invitation-only service for distinguished professionals. Zimmerman has been chosen as a Distinguished Lawyer™ based on peer reviews and ratings, dozens of recognitions, and accomplishments achieved throughout his career.

Zimmerman outshines others in his field due to his extensive educational background, numerous awards and recognition, and career longevity. Zimmerman brings a wealth of knowledge to his industry, and, in particular, to his area of specialization, intellectual property law relating to the cannabis industry. When asked why he decided to pursue a career in law, Zimmerman said:

We'll have stepped past the point where we could have given American cannabis farmers a unique opportunity, even though they were the ones who fought to advance cannabis legalization to where it is today.

"I have always been interested in rules. From studying philosophy, which used rules very much in an abstract framework, I saw how the law could be a concrete application of those rules. I became especially interested in intellectual property; the concept of legally being able to own an idea was fascinating to me."

After earning his J.D. from Thomas Jefferson School of Law in 2008, Zimmerman went on to pursue an LL.M. at the University of Amsterdam in the Netherlands where he focused his thesis on the effect of bilateral trade agreements on the harmonization of intellectual property standards. Upon his return to the U.S. in 2012, Zimmerman attended classes at Oaksterdam University, a school dedicated to training people who wanted to know more about the cannabis industry.

In 2013, Zimmerman founded his law firm in the Bay Area with the goal of helping businesses in the budding industry protect their intellectual property rights. Today, he splits his time between working with clients in California and assisting businesses nationwide with trademark concerns; he maintains a particular emphasis on developing strategies to help cannabis businesses build their brands through trademark protection. Zimmerman also occasionally counsels international clients.

As a thought leader in his field, Zimmerman strives to educate his colleagues and the public on the importance of protecting intellectual property in the cannabis industry. Throughout his career, he has lectured up and down the west coast as well as internationally and has published numerous articles on prevailing trends and issues. Additionally, Zimmerman currently teaches at his alma mater, Oaksterdam University.

This prominence in such a niche area gives Zimmerman a unique perspective on the direction in which the industry is headed. Looking forward, he expects major changes in federal law, though he laments that many will be left behind, which in his view will have significant implications. He noted:

"I believe federal legalization inevitably will occur. But when legalization happens, this will cause a major problem for the small farmer. We'll have stepped past the point where we could have given American cannabis farmers a unique opportunity, even though they were the ones who fought to advance cannabis legalization to where it is today. I believe years from now we will look back on this unique agricultural movement and see that the federal government did not support the small farms that made this paradigm shift possible. Consequently, many small farmers are already facing financial difficulties and finding it hard to compete in saturated markets."

Noticed© has written this news release with approval and/or contributions from Luke Zimmerman. Noticed is an invitation-only reputation management service that is dedicated to helping professionals stand out, network, and gain a competitive edge. Noticed selects a limited number of professionals based on their individual recognition and history of personal excellence. 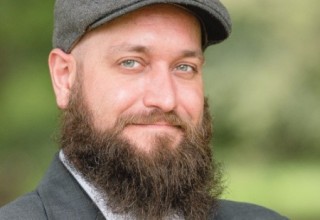