TOLEDO, Ohio, September 25, 2018 (Newswire.com) - Lorin J. Zaner, Founder, Law Office of Lorin Zaner, has joined Noticed©, an invitation-only service for distinguished professionals. Zaner has been chosen as a Distinguished Lawyer™ based on peer reviews and ratings, dozens of recognitions, and accomplishments achieved throughout his career.

Zaner outshines others in his field due to his extensive educational background, numerous awards and recognitions, and career longevity. He earned his Juris Doctor from the University of Toledo College of Law in 1975 and passed the Ohio and Michigan Bars the subsequent year. Since beginning his law career, he has handled thousands of cases in diverse practices areas, including the representation of a firm that was sued for $30 million.

It is important to emphasize and get the jury's concurrence that there are false allegations still being made and just because someone says it, it doesn't make it so.​

With over 40 years dedicated to law, Zaner brings a wealth of knowledge to his industry and to his area of specialization, criminal defense. His practice maintains a particular emphasis on the defense of false allegations of abuse. When asked why he decided to pursue a career in law, Zaner said:

"In my previous career, my option was to get a Ph.D. and then either become a professor or a researcher. I didn’t want to do either of those. And if I received an MBA I would likely have to work for someone, which I knew I didn’t like doing. Law really made the most sense; it gave me the most flexibility and autonomy."

As a thought leader in his field, Zaner stays informed of current developments in criminal defense and attends conferences around the country where he often lectures. Commenting on one trend, in particular, that is currently capturing his attention, he said:

"The #MeToo movement is making the defense of persons accused of sex crimes particularly challenging. It has become more and more difficult to obtain a fair and impartial jury who will not be convinced just because an allegation has been made. It is important to emphasize and get the jury’s concurrence that there are false allegations still being made and just because someone says it, it doesn’t make it so. "

Zaner he has been recognized by Martindale-Hubbell® for his legal prowess and has been a special guest on Doctor Phil among other popular media outlets. Zaner was also featured in the book “A Cup of Coffee with 10 of the Top Criminal Defense Attorneys in the United States.”

Noticed© has written this news release with approval and/or contributions from Lorin J. Zaner. Noticed is an invitation-only reputation management service that is dedicated to helping professionals stand out, network, and gain a competitive edge. Noticed selects a limited number of professionals based on their individual recognitions and history of personal excellence. 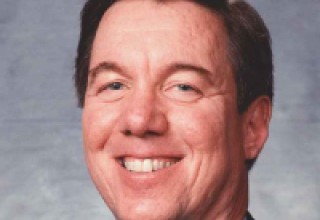