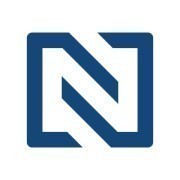 New York, NY, March 17, 2016 (Newswire.com) - ​​​John A. Beranbaum, Managing Partner, Beranbaum Menken LLP, has joined The Expert Network, an invitation-only service for distinguished professionals. Mr. Beranbaum​ has been chosen as a Distinguished Lawyer™ based on peer reviews and ratings, dozens of recognitions, and accomplishments achieved throughout his career.

Mr. Beranbaum​ outshines others in his field due to his extensive educational background, numerous awards and recognitions, and career longevity. He graduated magna cum laude from Yale College in 1977 and earned his law degree from New York University School of Law in 1981. Mr. Beranbaum is the winner of the 2016 Corporate International Magazine Global Award: “Labor Attorney of the Year in New York”. He has also been selected by his peers for the “Best Lawyers in America” in the Labor and Employment practice area, and has been recognized as a “Super Lawyer” for the New York area.  He has an AV rating from Martindale-Hubbell® for the past six years.

"As an attorney, the most important trend I am seeing in the world of employment law is forced arbitration of employment disputes. This is something that restricts employees action to the court system."

"I was always interested in social justice, even from an early age. I do several other kinds of law, but employment law clicked with me intellectually."

As a thought-leader in his industry, Mr. Beranbaum has numerous published court decisions and is a frequent writer and speaker on employment law. He also serves on the Executive Board of the New York Section of the National Employment Lawyers Association. This puts Mr. Beranbaum in an auspicious position to keep close track of prevailing trends in employment law. From this vantage point, he is paying close attention to the rise of forced arbitration in employment disputes. He noted:

"As an attorney, the most important trend I am seeing in the world of employment law is forced arbitration of employment disputes. This is something that restricts employees action to the court system."