ANNANDALE, Va., September 25, 2018 (Newswire.com) - Janet A. Smith, Founder, Pele Law Offices PLLC, has joined Noticed©, an invitation-only service for distinguished professionals. Smith has been chosen as a Distinguished Lawyer™ based on peer reviews and ratings, dozens of recognitions, and accomplishments achieved throughout her career.

Smith outshines others in her field due to her extensive educational background, numerous awards and recognitions, and career longevity. After earning her J.D. from Arizona Summit Law School, she went on to pursue an LL.M. at Arizona State University, during which time she completed an externship with American Immigration Services in Vienna, Virginia. Drawn to asylum cases, she founded Pele Law Offices and has been practicing immigration law ever since.

We have had to find new and creative ways to help our clients gain access to immigration benefits while staying within the purview of the law.

Today, Smith brings a wealth of knowledge to her industry, and, in particular to her area of specialization, immigration law. When asked why she decided to pursue a career in law, Smith said:

"I saw so many injustices committed against people who were poor and who were from the inner city. Many of them knew little about the law and therefore could not defend themselves. I went to law school so that I could equip myself with the education and skills that would allow me to fight for people who cannot fight for themselves."

Smith has a reputation for zealously representing clients in the most difficult of immigration cases. From cases involving asylum and the Violence Against Women Act (VAWA) to U and T Visas, she does everything in her power to help her clients obtain legal status in the United States and keep families together. Always going the extra mile, Smith is known to reach out to businesses and other members of the community to offer free consultations to anyone in need.

As a thought leader in her field, Smith keeps herself abreast not only of legal developments but political ones as well. Commenting on the environment since President Trump’s election, she noted that the administration has made it increasingly difficult for individuals and families to obtain immigration benefits:

"With the current changes in immigration laws and policies, TPS and DACA possibly coming to an end, the travel ban, the attempt to end the diversity visa lottery, and chain migration to the extent that it would prevent citizens from sponsoring adult children, siblings, and parents, we have had to find new and creative ways to help our clients gain access to immigration benefits while staying within the purview of the law. This means that the workload for each case has nearly doubled in terms of filing petitions, briefs, motions, waivers, and requests."

Early in her career, Smith volunteered with UCM Progreso, an immigration law clinic in Alexandria, Virginia. Today, she continues to perform pro bono services through her firm, whether it be speaking engagements or representation.

Noticed© has written this news release with approval and/or contributions from Janet A. Smith. Noticed is an invitation-only reputation management service that is dedicated to helping professionals stand out, network, and gain a competitive edge. Noticed selects a limited number of professionals based on their individual recognitions and history of personal excellence. 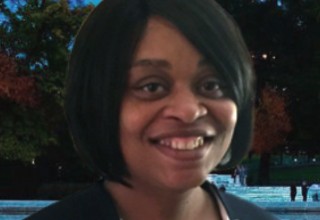