CHICAGO, August 7, 2018 (Newswire.com) - James E. Abbott, Partner, Litchfield Cavo LLP, has joined Noticed©, an invitation-only service for distinguished professionals. Abbott has been chosen as a Distinguished Lawyer™ based on peer reviews and ratings, dozens of recognitions, and accomplishments achieved throughout his career.

Abbott outshines others in his field due to his extensive educational background, numerous awards and recognitions, and career longevity. After receiving his B.A. in political science from the University of Illinois at Urbana-Champaign, he went on to study law at Chicago-Kent College of Law where he was a notes and comments editor on the Law Review, completing his J.D. in 1998.

Tort reform efforts and similar counter efforts by the plaintiffs' personal injury trial lawyer associations can place Illinois in a state of flux because certain parts of the state...are often influenced by the plaintiffs' bar and tend to follow their lead, whereas Chicago's collar counties and downstate Illinois are less likely to do so.

Recognized in the area of civil litigation defense by Illinois Super Lawyers® for the past three years, Abbott maintains a practice with an emphasis on professional liability defense, product liability defense and commercial litigation. When asked why he decided to pursue a career in law, and in litigation, in particular, Abbott said:

"I got the ball rolling when I was a senior in high school. I took an elective course in business law and I loved it. At the end of the year, there was a big moot court competition judged by local practicing attorneys, which I did very well in (making it to the 'final four'). I have always enjoyed the intellectual chess match during litigation and trials."

Today, Abbott’s practice includes the representation of professionals and businesses in a broad range of matters. With a large focus on professional liability and medical malpractice defense, he defends healthcare providers such as physicians, nurses, dentists, hospitals, pharmacies and pharmacists. Additionally, he represents non-medical professionals, including attorneys, accountants and architects, among many others.

As a thought leader in his field, Abbott is regarded as a go-to attorney for professionals and the malpractice insurance companies that represent them. This position of prominence gives him a unique vantage point on prevailing trends in professional liability law. In particular, he notes that he pays close attention to the political and legislative impact on professional malpractice, notably tort reform efforts by the insurance industry and attempts by the plaintiffs’ trial lawyer associations to change procedural and/or substantive law in Illinois:

"In the past few decades, the Illinois legislature has at various times passed tort reform measures that our Supreme Court ultimately ruled unconstitutional. Tort reform efforts and similar counter efforts by the plaintiffs’ personal injury trial lawyer associations can place Illinois in a state of flux because certain parts of the state, notably Cook County and Madison County, are often influenced by the plaintiffs’ bar and tend to follow their lead, whereas Chicago’s collar counties and downstate Illinois are less likely to do so."

Noticed© has written this news release with approval and/or contributions from James E. Abbott. Noticed is an invitation-only reputation management service that is dedicated to helping professionals stand out, network and gain a competitive edge. Noticed selects a limited number of professionals based on their individual recognitions and history of personal excellence. 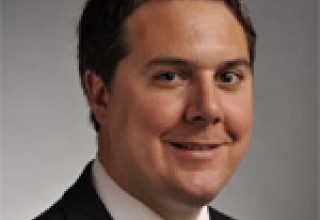