ALEXANDER CITY, Ala., September 24, 2018 (Newswire.com) - George L. Beck Jr., Attorney at Law, Morris, Haynes, Wheeles, Knowles & Nelson, has joined Noticed©, an invitation-only service for distinguished professionals. Beck has been chosen as a Distinguished Lawyer™ based on peer reviews and ratings, dozens of recognitions, and accomplishments achieved throughout his career.

Beck outshines others in his field due to his extensive educational background, numerous awards and recognitions, and career longevity. Over the course of his career, he has served as the United States Attorney for the Middle District of Alabama, Deputy Attorney General for the State of Alabama, and Judge Advocate General with the Alabama National Guard where he retired with the rank of Colonel.

In order to be successful, firms have to cooperate with each other and try cases almost like a joint venture.

With over 50 years dedicated to law, Beck brings a wealth of knowledge to his industry, and, in particular, to his areas of specialization, white-collar and public corruption defense as well as white-collar civil matters. When asked why he decided to pursue a career in law, Beck said:

"The leaders in my community, both locally and across the state, all seemed to be attorneys, and most of them were highly respected. They were also political leaders. They were the ones who inspired me to follow the path that I did."

Before entering federal service, Beck enjoyed a successful civil and criminal law practice. During this time, he won numerous million- and multimillion-dollar cases, including a $37 million judgment in favor of an insurance company, which set a jury verdict record in Montgomery County, as well as a $25 million federal tort claim award on behalf of children injured by medical negligence. An earlier million dollar verdict had set a precedent for Alabama’s modern-day class action lawsuits on behalf of consumers.

As a thought leader in his field, Beck has unique insight into the many changes that have occurred in the legal profession over the course of his career. In particular, he highlights how the manner in which firms work with each other has drastically transformed since he first began practicing:

"Networking is different from what it used to be. In order to be successful, firms have to cooperate with each other and try cases almost like a joint venture. If they join forces, they can divide the responsibility, which I think achieves better results because certain lawyers are smarter in some areas of the law than others. Working together allows people to focus on what they do best."

A graduate of Auburn University and the University of Alabama School of Law, Beck lives in Elmore County with his wife, Carlotta. Although a native of the southeast part of Alabama, known as the Wiregrass, he has tried cases all over the state as well as in the neighboring states of Georgia and Florida and has even ventured into Texas and North Carolina.

Noticed© has written this news release with approval and/or contributions from George L. Beck Jr. Noticed is an invitation-only reputation management service that is dedicated to helping professionals stand out, network, and gain a competitive edge. Noticed selects a limited number of professionals based on their individual recognitions and history of personal excellence. 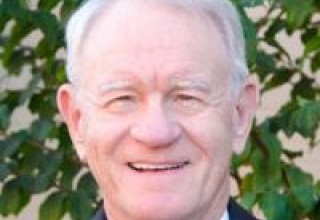