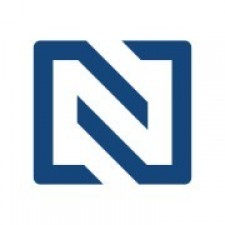 New York, NY, May 19, 2016 (Newswire.com) - ​​​​​​​​Elsa Ayoub​, The Law Offices of Elsa Ayoub, P.L.L.C., has joined The Expert Network, an invitation only service for distinguished professionals. Elsa​​​​ has been chosen as a Distinguished Lawyer™ based on peer reviews and ratings, dozens of recognitions, and accomplishments achieved throughout her career.

Elsa outshines others in her field due to her extensive educational background, numerous awards and recognitions, and career longevity. She received a Master of Laws in International Legal Studies from American University, Washington College of Law in Washington, D.C. and a Juris Doctor and and Master of Laws in International Private Law from​ Universite Paris II, Pantheon-Assas Droit International Prive in Paris, France. Super Lawyers ​named her a "Rising Star" in the New York Metro Area in 2013, 2014, 2015, and 2016, she was named to the Marquis Who's Who Publication Board in 2005, Who’s Who Directories, Top Attorneys in America in 2016, and she received the Global Award in Immigration Law from Corporate LiveWire in 2016.

"The EB-5 program is important for two reasons. First it offers a path to permanent residence to investors who are not able to qualify through the established family based or employment based paths to permanent residence, and second it stimulates the economy by creating jobs for U.S. workers."

With 13 years dedicated to law, Elsa​​​​​ brings a wealth of knowledge to her industry, and in particular to her area of specialization, immigration and naturalization law. When asked why she decided to pursue a career in law, Elsa​​​​​ said:

"I wanted to be a lawyer for as long as I can remember. Watching Perry Mason and Matlock and seeing how they stood up in court and argued is what made me want to become a lawyer."

Elsa immigrated to the United States from her native Lebanon by way of Paris, which she notes sparked her interest in immigration and naturalization law:

"When I came to the U.S. from Paris, I had lived in Europe most of my life. When I graduated my father started asking me what direction I wanted to go within law. He was a diplomat and it was in my background and that's what inspired me to pursue my specialization."

​As a thought-leader in her industry,​ Elsa is dedicated to sharing her expertise with colleagues. Particularly well-versed in the EB-5 Investment Program, she published an article in the Mann Report in addition to having lead a class on the topic, specifically discussing how the program relates to real estate transactions and investments. She noted:

"The EB-5 program is important for two reasons. First it offers a path to permanent residence to investors who are not able to qualify through the established family based or employment based paths to permanent residence, and second it stimulates the economy by creating jobs for U.S. workers."