MIAMI, June 11, 2018 (Newswire.com) - Edward I. Golden, Founding Partner, Golden Glasko & Associates, P.A., has joined Noticed©, an invitation-only service for distinguished professionals. Golden has been chosen as a Distinguished Lawyer™ based on peer reviews and ratings, dozens of recognitions, and accomplishments achieved throughout his career.

It all happened kind of by surprise. The last class that I needed to fulfill the course requirements was in School Law. And I found it quite interesting—enough that I thought to myself, I'm going to take the LSAT.

With over 40 years dedicated to law, Golden brings a wealth of knowledge to his industry, and, in particular, to his areas of specialization, Probate, Guardianship and Trust Administration and Litigation, and Estate Planning. When asked why he decided to pursue a career in law, Golden said:

"It all happened kind of by surprise. The last class that I needed to fulfill the course requirements was in School Law. And I found it quite interesting—enough that I thought to myself, I’m going to take the LSAT. And if I do well on it, I’ll enroll at the University of Miami in an evening program. I ended up teaching every day and serving as a teacher and school psychologist and going to law school every night for four years."

As a thought leader in his field, Golden is widely regarded as a paramount authority on legal issues concerning wills, trusts, and guardianship. In 1985, he was asked to write the official guidelines for the Probate Court for Cuban Blocked Estates and today, he has a special license to travel to Cuba to represent Cuban National beneficiaries of Florida estates, making his services not only accessible, but indispensable to the Cuban population in Florida.

Further demonstrating Golden’s commitment to the ethical standards of his specialty and to each of his clients, he has been an active member of the Dade County Probate and Guardianship Committee, the Florida Bar, and the American Bar Association. This position of prominence gives Golden a unique perspective from which to observe trends and changes in his areas of specialty.

Noticed© has written this news release with approval and/or contributions from Edward I. Golden. Noticed is an invitation-only reputation management service that is dedicated to helping professionals stand out, network, and gain a competitive edge. Noticed selects a limited number of professionals based on their individual recognitions and history of personal excellence. 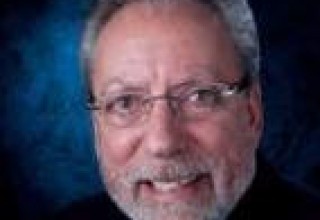