HAMDEN, Conn., July 10, 2018 (Newswire.com) - David J. Crotta Jr., Partner, Mulvey Oliver Gould & Crotta, has joined Noticed©, an invitation-only service for distinguished professionals. Crotta has been chosen as a Distinguished Lawyer™ based on peer reviews and ratings, dozens of recognitions, and accomplishments achieved throughout his career.

The field has been shrinking in recent years. A lot of companies now have in-house counsel for insurance matters, and that's significantly diminished the base of potential clients out there. Fortunately for us, thanks to our reputation and the talented attorneys on our team, we have had a consistently robust clientele since the firm's founding in 1949.

With 30 years dedicated to law, Crotta brings a wealth of knowledge to his industry, and, in particular, to his area of specialization, insurance law. When asked why he decided to pursue a career in this field of law, Crotta said:

"When I first went into practice, I worked for a firm that was involved in antitrust litigation. I moved from that into the field of insurance defense primarily to get the opportunity to do some trial work. I found that I really enjoyed the work."

Today, Crotta is a partner with the law firm of Mulvey Oliver Gould & Crotta in Hamden, Conn., where he maintains a broad-ranging civil litigation practice that encompasses insurance, tort, and commercial litigation. Crotta is an AV® Preeminent™ Rated attorney who has won both the American Jurisprudence Award and the Milton Horwitz Memorial Award for his work in torts.

As a thought leader in his field, Crotta has a unique vantage point from which to stay abreast of prevailing trends in insurance law. Commenting on what is currently capturing his attention, he notes:

"The field has been shrinking in recent years. A lot of companies now have in-house counsel for insurance matters, and that’s significantly diminished the base of potential clients out there. Fortunately for us, thanks to our reputation and the talented attorneys on our team, we have had a consistently robust clientele since the firm’s founding in 1949."

In addition to his private practice, Crotta has a long history of service to the legal profession, particularly in the area of legal ethics. He has served as an arbitrator for the Connecticut Superior Court since 2002 and, since 1993, as a member of the committee on professional responsibility of the Connecticut Bar Association and a past member of the Grievance Panel from the Ansonia-Milford Judicial District.

Additionally, Crotta has been a Connecticut Bar Association panelist for the "How To Identify Ethical Traps and Avoid Grievances" presentations from 2006 to 2009 and is a member of the Connecticut Defense Lawyers Association. He was appointed by Honorable William Bright in 2014 to the Committee on Discovery and Expedited Litigation and by the Chief Justice of the Connecticut Supreme Court to the Civil Commission in 2016.

Noticed© has written this news release with approval and/or contributions from David J. Crotta Jr. Noticed is an invitation-only reputation management service that is dedicated to helping professionals stand out, network, and gain a competitive edge. Noticed selects a limited number of professionals based on their individual recognitions and history of personal excellence. 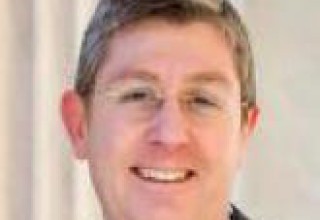