BATON ROUGE, La., August 13, 2018 (Newswire.com) - David E. Stanley, Founder & Principal, David E. Stanley, APLC, has joined Noticed©, an invitation-only service for distinguished professionals. Stanley has been chosen as a Distinguished Lawyer™ based on peer reviews and ratings, dozens of recognitions, and accomplishments achieved throughout his career.

Stanley outshines others in his field due to his extensive educational background, numerous awards and recognitions, and career longevity. After receiving his Bachelor of Science in accounting from Louisiana State University in 1979, he went on to earn his Juris Doctor from LSU’s Paul M. Hebert Law Center in 1983. Stanley has been recognized as a leading attorney by many prestigious organizations, including the National Trial Lawyers, the American Society of Legal Advocates, and Martindale-Hubbell®.

The Supreme Court recently decided a case, holding that a portion of the statute that allows the deportation of immigrants who commit crimes of violence is unconstitutionally vague. This is of particular interest to me because these findings have implications in criminal law, and many of my clients are dealing with the immigration consequences of criminal prosecution.

With over 30 years dedicated to law, Stanley brings a wealth of knowledge to his industry, and, in particular, to his area of specialization, criminal law. Today, he is known as a distinguished Louisiana trial lawyer who is fiercely dedicated to representing individuals accused of committing serious or complex federal or state felony crimes. When asked why he decided to pursue a career in law, Stanley said:

"As a kid, I used to love watching shows like Perry Mason. And then, as I got older, I started paying attention to things like "To Kill a Mockingbird." But the biggest influence of all was my sixth-grade teacher, Dan Welborn. He really encouraged creative thinking and finding out information through research. He was big on investigative learning, which had a significant impact on me as I was growing up."

Now the principal of his own firm, David E. Stanley, APLC, Stanley's approach to law is built on his commitment to obtaining justice for all of his clients and treating each of them with the respect, compassion, and dignity they deserve. To that end, he is thorough and pays close attention to the minutest of details in every case. Stanley’s objective is always to provide excellent service and the highest level of client satisfaction while helping his clients achieve the best possible outcome in their case.

As a thought leader in his field, Stanley is highly attuned to trends in criminal law. In particular, on a national level, he is following developments in immigration law in the United States Supreme Court. He noted:

"The Supreme Court recently decided a case, holding that a portion of the statute that allows the deportation of immigrants who commit crimes of violence is unconstitutionally vague. This is of particular interest to me because these findings have implications in criminal law, and many of my clients are dealing with the immigration consequences of criminal prosecution."

Noticed© has written this news release with approval and/or contributions from David E. Stanley. Noticed is an invitation-only reputation management service that is dedicated to helping professionals stand out, network, and gain a competitive edge. Noticed selects a limited number of professionals based on their individual recognitions and history of personal excellence. 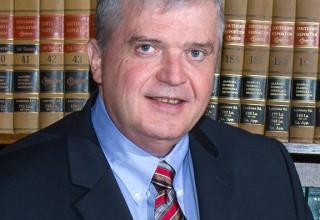