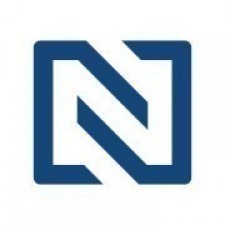 Tysons Corner, VA, April 20, 2016 (Newswire.com) - ​​​Daniel T. Lopez​​​, Partner, Briglia, Hundley, Nuttal & Lopez, has joined The Expert Network, an invitation only service for distinguished professionals. Mr. Lopez​​​​​​​​​​​​​​​​​​ has been chosen as a Distinguished Lawyer™ based on peer reviews and ratings, dozens of recognitions, and accomplishments achieved throughout his career.

Mr. Lopez​​​​​​​​​​​​​​​​​ outshines others in his field due to his extensive educational background, career longevity, and numerous awards and recognitions. He received his law degree from the George Washington University School of Law in Washington in 1996. He also holds a Bachelor of Arts in English Literature and Composition from Beloit College. He has been a partner at Briglia, Hundley, Nuttal & Lopez since 2013.

"My primary focus is on serious felonies and misdemeanors. What I have seen is that the Commonwealth of Virginia and federal authorities have become more aggressive in prosecuting gang activity, sex trafficking, child pornography, and other internet-related offenses over the last fifteen years."

With 18 years dedicated to law, Mr. Lopez​​​​​​​​​​​​​​​​​ brings a wealth of knowledge to his industry, and in particular to his areas of specialization, criminal defense and immigration litigation.

As a thought-leader in his industry, Mr. Lopez has witnessed many changes to criminal defense law in the last fifteen years. In particular, he notes that state and federal prosecutors have become more forceful in prosecuting online crimes. He noted:

"My primary focus is on serious felonies and misdemeanors. What I have seen is that the Commonwealth of Virginia and federal authorities have become more aggressive in prosecuting gang activity, sex trafficking, child pornography, and other internet-related offenses over the last fifteen years."

As his career continues to garner prestige, Mr. Lopez has his sights set on wider horizons. When asked about his plan for the future, Mr. Lopez said:

"I have been doing some presenting on DNA evidence at a capital defense workshop. The DNA technology has changed a lot in the number of specific indicators that the science is now able to identify genetic material more accurately. I would hope to present more in that area. I also would hope to grow my practice in the areas of serious felonies, federal courts, repossessions, drug and conspiracy cases."

Mr. Lopez is certified by the Commonwealth of Virginia to serve as a lead attorney in the defense of capital murder cases. He is currently a member of the Virginia State Bar, Virginia Bar Association (Criminal Law Section), Hispanic Bar Association, and a former member of General District Court Committee, Fairfax County Bar Association.