SAVAGE, Minn., June 11, 2018 (Newswire.com) - Brent S. Schafer, Minnesota Criminal Defense Attorney, has joined Noticed©, an invitation-only service for distinguished professionals. Schafer has been chosen as a Distinguished Lawyer™ based on peer reviews and ratings, dozens of recognition, and accomplishments achieved throughout his career.

Schafer outshines others in his field due to his extensive educational background, numerous awards and recognition, and career longevity. He earned his Bachelor of Arts from Winona State University in 1988 followed by his Juris Doctor from Hamline University in 1992. He simultaneously pursued an MBA from the University of St. Thomas which he completed that same year.

I filed a petition for post-conviction release and had his conviction overturned. He was released from prison after serving about two and a half of the eight years.

With 25 years dedicated to law, Schafer brings a wealth of knowledge to his industry, and, in particular, to his areas of specialization, personal injury law and criminal defense. When asked why he decided to pursue a career in law, Schafer said:

"I took several classes in high school that focused on law, and I really enjoyed them. I found it to be incredibly interesting. That’s when I knew I wanted to be an attorney."

Schafer founded the Schafer Law Firm, P.A., in 2010 due to his desire to help those seriously injured who face enormous odds in their battles against the insurance giants and to provide clients with trustworthy and experienced criminal defense counsel. Named one of the top 100 litigators in Minnesota by the National Trial Lawyers in 2017, Schafer’s practice is based in the city of Savage, where he primarily represents clients in Scott and Dakota counties in addition to trying criminal defense cases throughout the state, and personal injury cases nationwide.

A graduate of the National Trial Advocacy Institute, Schafer has accumulated a highly successful track record in criminal defense litigation and has won numerous personal injury verdicts and settlements, including many totaling over $1 million. Schafer received the Never Forgotten Award from the Innocence Project for one such case in which he won an $11.4 million award related to a deadly crash that resulted in the wrongful imprisonment of a driver. Describing the case, he said:

"There was a gentleman who was involved in an accident back in 2006 in which he rear-ended a car full of people and ended up killing three of them. He was sentenced to eight years in prison for criminal vehicular operation. Years later Toyota came clean with a revelation that there was an acceleration issue with the model and year of the car he was driving. I filed a petition for post-conviction release and had his conviction overturned. He was released from prison after serving about two and a half of the eight years."

Cases such as this one against Toyota have earned Schafer widespread respect and admiration from both colleagues and clients alike, as well as a litany of awards and honors. In addition to his recent recognition from the National Trial Lawyers, he has been recognized by Super Lawyers® and was named one of Minnesota Lawyer Magazine’s attorneys of the year in 2010.

Noticed© has written this news release with approval and/or contributions from Brent S. Schafer. Noticed is an invitation-only reputation management service that is dedicated to helping professionals stand out, network, and gain a competitive edge. Noticed selects a limited number of professionals based on their individual recognition and history of personal excellence. 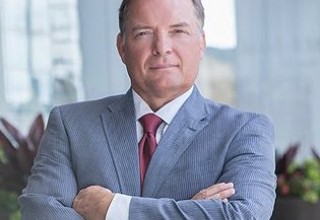