NEW YORK, May 21, 2018 (Newswire.com) - Allen E. Kaye, Of Counsel, Pollack, Pollack, Isaac & Decicco, LLP, has joined Noticed©, an invitation-only service for distinguished professionals. Kaye has been chosen as a Distinguished Lawyer™ based on peer reviews and ratings, dozens of recognitions, and accomplishments achieved throughout his career.

Kaye outshines others in his field due to his extensive educational background, numerous awards and recognitions, and career longevity. A graduate of Columbia Law School, he is an AV® Preeminent™ rated attorney and has been recognized by Super Lawyers® each year since 2006, among many other honors

Everything is much harder now because this administration wants to slow immigration to a crawl.

With nearly 40 years dedicated to law, Kaye brings a wealth of knowledge to his industry, and, in particular, to his area of specialization, immigration law, including family immigration, business immigration, visa processing, and removal proceedings. When asked why he decided to pursue a career in law, Kaye said:

"At NYU, I took a course in immigration law while I was working on my master's degree. I wound up working for the professor of the course, who happened to be the famous immigration lawyer Elmer Fried. He was the predecessor of Fragomen Del Rey Bernsen."

As a thought-leader in his field, Kaye is a frequent lecturer on a broad range of topics within immigration law for numerous organizations, associations, and foreign consulates, including the American Immigration Lawyers Association and the New York State Bar Association, among others. Additionally, he is a co-founder of IMMLAW, the National Consortium of Immigration Law Firms, a network of the top twenty-five attorneys in the field nationwide.

This prominence gives Kaye a unique vantage point from which to observe prevailing trends in immigration law. In particular, he has been following recent changes to immigration policy that the Trump administration has implemented, which he notes have had a negative effect on his clients, and many aliens and companies throughout the world:

"Everything is much harder now because this administration wants to slow immigration to a crawl. For example, there is a new rule that requires almost everyone seeking permanent resident status or trying to obtain a visa to be interviewed by U.S. Citizenship and Immigration Services. The previous policy of giving deference to previously proven petitions is out the window. If they file an extension of a visa petition, even though it was previously approved, they may have to redo much of the process."

Kaye has previously served as President of the American Immigration Lawyers Association and has been a co-host of a popular bi-monthly television program in New York, Immigration and You. He has also been a regular columnist for many newspapers throughout the United States and was previously a weekly columnist for Biz India and India Abroad.

Noticed© has written this news release with approval and/or contributions from Allen E. Kaye. Noticed is an invitation-only reputation management service that is dedicated to helping professionals stand out, network, and gain a competitive edge. Noticed selects a limited number of professionals based on their individual recognitions and history of personal excellence. 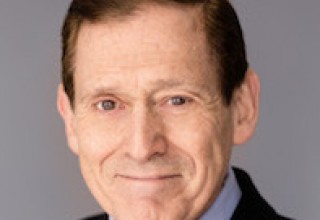